That’s right…another political statement from a blog that I said would not be political! Well when it’s something that effect me…hell yes I’m gonna Bitch! MPAA (Motion Picture Association of America) is the lobbyist group for the film 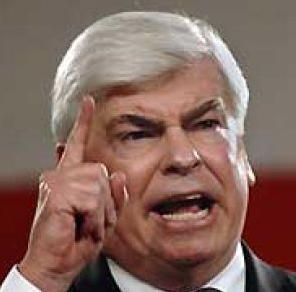 industry. Former senator Chris Dodd is Chairman and CEO. Who goes from one cushy job to the next…and is still trying to screw  us. He is the major reason that Wikipedia, Craigslist, Mozilla and 1,00o’s of other sites are blacked out today. They are protesting the proposed SOPA/PIPA http://en.wikipedia.org/wiki/Stop_Online_Piracy_Act  bills ahead of congress today. Just don’t try clicking this link today 🙂

This is the nutshell; the film industry is pissed because they are going broke because everybody is pirating their movies…myself…I don’t see them going broke…my kids are still spending money at the movie theaters….the Wal-Mart movie bin is still selling movies like crazy…Harry Potter and Transformers still grossed over 350 million domestically http://boxofficemojo.com/yearly/chart/?yr=2011  in fact, if you add up the top three grossing movies of 2011 they brought in over 1 billion dollars.

But wait…“Those who steal movies and TV shows, or who knowingly support those who do, don’t see the faces of the camera assistant, seamstresses, electricians, construction workers, drivers, and small business owners and their employees who are among the thousands essential to moviemaking,” he said. “They don’t see the teenager working their first job taking tickets at the local theater, or the video rental store employees working hard to support their families.” Says Chris Dodd. Really Chris Dodd since when do you care about the teenager who working their first job? I think the only thing you care about is lining your pockets with as much green as you can…and anyone willing to put more in your pocket is your friend. Chris Dodd = Dick Punch!!! https://timhon.wordpress.com/2011/06/28/why-do-we-let-our-politicians-off-the-hook/

Now I’m not for pirating movies, but I don’t think the film industry is going broke over this either. If anything, I think it’s profiting somewhat from it….The small group of people who actually have the knowledge and willingness to illegally download movies or television shows share this stuff with their friends who don’t do this. They in-turn like the TV show, then subscribe to HBO or Showtime to watch the whole season. The person who illegally downloads a full season of  “Glee” because they liked it isn’t the same person who would pay $85 for the same season at the store…just don’t see it happening. They download it because it’s there…they don’t spend the money because it’s for-sale. Take me…I loved the HBO Series Band of Brothers. I didn’t run out and buy it when it came out on DVD….but when it comes on Spike, AMC or TMC etc I watch it again.

The people downloading these new release movies are doing it for another reason…because they don’t go to the theaters!!! Because they want to show their technical deficient friends they can get new run movies they can’t. I think the film industry needs to find away to get movies into our hands faster, like the music industry years ago…

Faced with Napster and other file sharing sites, the music industry worked with Itunes. No one wanted to pay $17 for a CD and get 1 good song…that’s why they started downloading them illegally. Itunes changed the way music is distributed. It revolutionized the music industry. That’s what the fill industry needs to do…find away to get it into our hands quicker and easier!

There are already piracy laws in place…if they are not strong enough…shore them up….follow the money…go after them. Don’t put undo burden on the web-sites to police themselves. Don’t censor us. The internet is free…and freedom of speech is our right. Once you give government the right to censor something, they will censor anything they don’t like.

Just think…they would censor this blog!