Another satirical look at my life;

People are always telling me that watching Californication is like watching a day n the life of me. I would not agree, but it got me thinking. How am I like Hank Moody. Well aside from the obvious…our good looking and charming ways 🙂 I thought I’d try to come up with why I would think you think this; 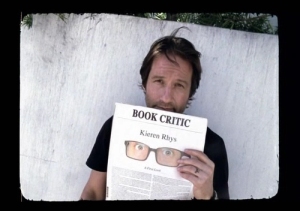 Hank is a writer….I attempt to write a Blog

Hank wears all Black….I’ve dated a Black Girl once 🙂

Hank has a daughter that loves/hates him….I have two daughters that love/hate me 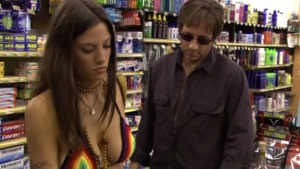 Hank drinks to forget those women….me too 🙂

Hank said “I will not go down in history, but I will go down on your little sister”…..I did! just kidding but it sounded funny

summer things…boating cookouts etc. The nights are cooler and you can sleep with your windows open or wear a hoodie with your shorts. It’s also Fair time. Sandusky County Fair that is.

I love the fair. It’s almost like a class reunion. You see all your friends from school that you don’t get to see often. My friend Kirk and his brothers always do a Chicken BBQ (sadly not this year though). They always did this on Friday night of the fair…friends would come to the fair just for this occasion to see each other. It was a gathering of lately young and old (we’re getting older). A place were conversations range from high school football, nascar and who’s winning at the local speedway to old times high school stories and Marine Corps stories.

The Sandusky County Fair is a tradition that’s lasted my lifetime. As a kid I couldn’t wait to sneak in and ride the rides play the games and eat waffles. As an adult the fair itself is no longer the draw…I’ve not been inside but maybe a few times over the past couple years. The draw for me here is the campgrounds across the street. It’s where the Chicken BBQ took place at Levels tent. It’s where the people who have animals or the need to stay at the fair camp all week. You can walk through the campground and even if you don’t know anyone you’ll find a friend with food and a beer… it’s a place where once you meet someone, they will always be there time after time year after year.

For me that’s what “Fair Time” is…Schools getting ready to start… Football is starting and so is my daughter’s sports… Volleyball and Tennis (new this year…Tennis). It’s the time of year when summer is winding down and you try to get in all those things you wanted to do before it’s over. The trip to Put-In-Bay or Kelly’s Island one last round of golf one last BBQ one last party…one last friend.

The Piper or Clyde Piper was a bar in Clyde, Ohio where I grew up. It opened in the late 70’s (i think) by a family friend the Warnecke’s It was a place to go to have a beer meet friends hear the towns gossip. I don’t remember a lot about the time when the Warnecke’s owned the bar…I was younger then. Later on though they sold it…The next owner kept the name and by then I was older and in the Marine

Corps. When I would come home on leave it was the first place I stopped…sometimes before home. The best night to go there was Thursday’s it was Taco night. The crowd was always great…from the newly 21-year-old to your parents and grandparents. The decor wasn’t exactly nice…mostly dingy but it was a place to meet and have good times…a place like home.

I’ve traveled the world through my time in the Marine Corps and with work. The one thing constant is “The Piper”. Oh it may go by another name but everywhere I’ve traveled “The Piper” was there waiting for me…waiting for me to come in and order a drink and meet everyone. That’s what I’d do, by the time I left I knew the bartender, waitress>>>really well 🙂 and the town drunk…sometimes did really want to meet this one. It was a place close to wear I stayed where ever I was at a place that reminded me of home it was home.

Fremont, Oh…The Depot, Time Out, Buds (some towns can have more than one especially when I live there 🙂

Lake Havasu, Az…Beach Party (not a bar but a party on the beach every weekend)

Wichita, Ks…The hotel bar at the Best Western (I think that’s what it was)…don’t ask 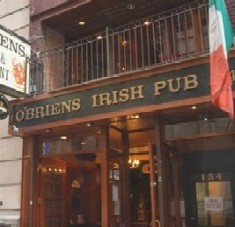 Okay, I’ll stop there…I could go on and on. Wherever you grew up wherever your favorite bar you can relate to this blog. When you travel you always look for somewhere like home. Where’s your Piper

Another in the Fremont Bar Survival Guides….I know The CSYC (Croghan Street Yacht Club) isn’t actually on the same level of bars that I’ve reviewed in the past…and I know I really should be the one to review such a place…:) but oh well.

The Croghan Street Yacht Club or CSYC for short is my bar on my patio or in my garage in the winter. It started as a joke of sorts. My Friend Bobby…the proud proprietor of The Austin Street Tavern suggested that I needed to come up with a name for my garage bar…So with his wisdom and advice…The CSYC was born. I’m sure you are wondering why we would name it a Yacht Club…Why Not? Besides, only dry docks available.  Anyway…Fremont, Ohio has many traditions and one of them is certainly the abundance of residential taverns. If you’ve never heard of this fine tradition, just take a drive around on a Friday night and pay close attention. You’ll see in the back yards, garages, patios, or porches the display of this tradition. Its friends getting together to share a story or just to unwind at the week’s end. We at The Fremont Association of Residential Taverns or F.A.R.T. for short welcome you to join in this fine tradition and open one of your own. Don’t forget to look us up on Facebook. 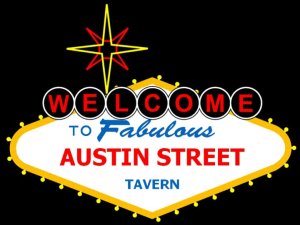 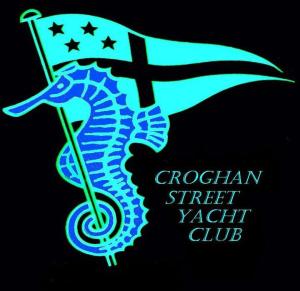 The McPherson Blvd Bar and Lounge

more popping up on every corner!

The residential tavern is just a place where friends can hangout. It’s a place to socialize outside of the normal hustle of a real bar or tavern.  In shorts its just a back yard assembly of friends. Now some of these residential taverns are in use all the time, some operate only a few times a year. Some are just for special occasions,  the CSYC is open on a whim…my whim or that of a friend who stops by and turns on the Lite…:) cause if the Lite is on your free to stop in. I know that I am miss-spelling the word light…but there is your true sign…the Miller Lite neon sign that hangs in the window…if on…stop…if off…well stop and turn it on! 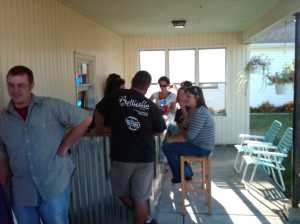 I did promise you a survival guide so here it is….Friday night is the only real consistent time that the Lite is on. But do stop anytime its on. The proper etiquette would be to…screw that…why would there be etiquette 🙂 just stop. There’s a Frig in the garage to keep your beer cold. If you didn’t bring any, feel free to have one of mine. On occasion, a Deal’ems game my break out….beware..enter at your own risk… other than that just hangout.  Sometimes on Sundays we have the Sunday night cookout…around 6ish…just bring something to share. You can always just look to Facebook to see what’s happening. Either way, life’s too short not to hang with friends. So pick up some beer a snack if you like and stop by…I’ll see you tonight!